For the longest time, years it seemed, sleep had not just eluded her; it had flat out avoided her. She just couldn't rest like she could when she was younger. But last night... last night was wonderful. The usual blend of pills had eventually worked their magic and sent her to sleep. But modern medicine can only do so much.

She noticed long ago that her emotions were so much stronger in dreams. In fact, lately her dreams were the only place she could actually feel anything at all anymore. The days just seemed to blend into one another, the events of one indistinguishable from the next.

Last night was one of those nights when her dreams wrapped her up and swept her away, took her to a place where her heart was full, her mind was clear and her life had a sense of purpose. Those feelings stayed with her after she woke up, blending with her own thoughts and making it hard to tell what was from the dream and what was part of her own memories.

She felt that if she tried hard enough she could float right back to sleep, right back into that wonderful dream.

She knew that even the slightest movement on her part would chase it all away, as she'd been here before.

She wasn't afraid of forgetting the dream; no it was one of those dreams that she knew she'd remember. She was afraid of losing the feeling of it. Dreams happen all the time. Feelings much too seldom these days. And so she just lay there. Feeling. Remembering. Reliving. 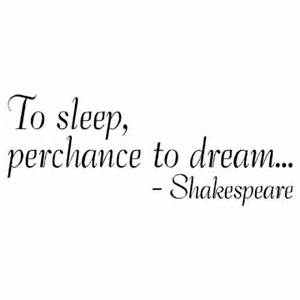 he hadn't seen him in years. There was a time when he was with her night and day. And even long after he wasn't there in the daytime anymore he would visit every night. And as the years went by, those nightly visits grew shorter and farther apart until she wasn't sure if the love she once thought she felt was real or the remnants of a long forgotten wish. But last night he was here. And she was here. And the memory was so clear.

The light in the room moved closer and brighter, and she knew that she would have to move, even if to roll over and throw the blankets over her head. But it seemed that the brighter the room got, the more she felt the dream coming back. He was so close she could almost feel the back of his fingers brush her face, like when he first told her that he loved her. She was overwhelmed with the memory of a life with him, surrounded by friends and family and love and chaos.

"Mrs. Thompson! Mrs. Thompson!" she could hear nurse Benson knocking at the door. No doubt that since she'd missed breakfast the pill count would be off.

"Got to go," he said. Oh it was so good to hear his voice again!

She turned her eyes to him, still not daring to move and scare the dream away. "Not yet!" she begged.

But he didn't turn and fade away like every time before. If anything, he became more real. Brighter somehow. He pulled back the covers and, taking her hand like the gentleman he had always been, helped her out of bed.

She turned to see the scene behind her. Who were all these people making such a fuss over her?  Why was she still in bed?

"I just found her like this," nurse Benson cried. "She seemed so… okay… last night."

She watched as the paramedics continued to press down on her chest, then as they pulled back her top to place the paddles.

She knew it was time for him to go, but maybe this time she would get to go too. He took her hand one last time as he faded into the sunlight. And just like in the dream, everything seemed so 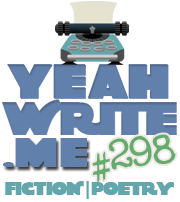