Have I ever told you that I really like airports? I'm not really a big plane fanatic and I don't park at the end of runways to scream as planes fly overhead (although that suddenly sounds like a great idea). I really like being inside the airport. 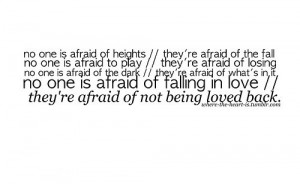 Today I would like to talk about #3 (that would be the people). The part I love about the airport is watching the people. (did I mention the stalkerness?) I think it is fantastic to see the drama that occurs at the airport. It was a lot more interesting when you were actually allowed to walk to the gate without a ticket, because the drama was carried right up to boarding. What am I talking about? Well let me tell you.

The airport is full of people coming and going. I'm not going to get all Tom Hanks in Terminal on you, but there is so much emotion in the air as people, couples, families are either saying goodbye or welcome back. Probably the worst (best?) and certainly most emotional is watching goodbyes when there is someone in uniform. These days you never know when the last goodbye will be the last goodbye. (thank you troops!)

But we will not get sad here... not at chez hathaway. I would like today to talk about that emotional connection between two people... call it heartstrings, the love connection, bonding, some kind of crush dust, whatever. That's where we are going today.

You know I've talked about infinite outcomes and paths... if not, you need to go back and read some of the lost posts , and by that I don't mean lost as in missing, I mean Lost as in the show. (and you need to stop watching Lost without me... you know I don't get live TV!) As I have watched the show and experienced my theories in my own life, I have started to expand this little understanding I have with how the Universe works (be afraid) into trying to figure out what it is that connects us together. And it's more than text messaging.

So today, let me start down that path, so to speak.

Have you ever had that connection with someone where you are so in sync, so closely connected that you say the same thing at the same time? I realize that happens to everyone at some point (especially when dealing with someone as predictable as I can be at times), but I'm talking about where you don't know what is going to come next, but you and the other person say or do the same thing anyway.. (and then you'll both follow that with the same LOL, for all you texters out there) and find yourself on the same page all the time. I'm still working on how that particular connection works. Not spending a whole lot of time trying to figure it out (cuz I have a pretty busy social schedule, ya know) and just try to enjoy it when it happens, because it.is.cool.

So now let's bring the airport and that close connection together (you should have seen this coming). Have you ever said that airport goodbye to a person with whom you share that close connection? If not, you are really missing out. Yes, even the missing-you emotions can be good. If you have, then maybe you will understand what I'm about to try to explain.

It seems that we have proximity sensors in our hearts. If you've said "goodbye" or "see you later" or "I'll be here" then you know that distance makes a difference. Somehow that proximity locator inside of you that is tuned to another person can fell the difference that minutes and miles put between. I'm not saying that it makes love any stronger or weaker or that it makes you miss someone any more or less. I'm just saying that where you are matters. If you have that connection (and I hope you do) then you know that someone out there knows when you walk in the room without seeing you, that someone is going to ask "where are you" when you call because they can tell you are near and probably that tightening in your chest is that other person thinking about you and missing you, not necessarily the other way around, and they feel that connection.

OK. Not the best explanation ever, but I'm still trying to figure out how this works. Thanks for hearing me out on the ol' blog here. And that unexplained quickening of your pulse is me. I'll be right here.