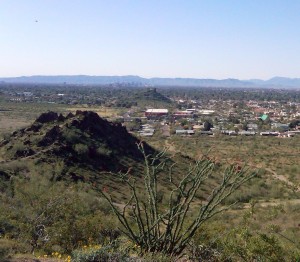 I can see my house from here!

I don't know if it's the nearly full moon or my 'melodramatic' moodiness or the fact that I'm just a little not right all the time (that's got my vote), but I've had several 'remember when' events today. Like what, you ask? Lemme tell you...

You might recall that I've never really been one for keeping in touch. I am, however, one to try out every new technology and website (part of the job, you know), including that newfangled thing called Facebook. One friend led to another and before you know it I'm connecting with people from high school (yes, I went to school). Part of the not keeping in touch regime calls for never going to any high school reunions or calling or writing (etc, etc, etc) and mostly not really caring, and I've been really good at that. I have to admit it has been fairly interesting to see what a few of those with whom I used to associate the boredom of school have developed into (and it can actually make you feel pretty good about how you turned out, depending on who you see and how you actually turned out).

ANYWAY... one of my friends from the old days 'friended' (would that be refriended, since we were already friends at one time?) me and let me know that he was going to be in my neck of the desert if I should want to meet up. Being the progressive-minded individual that I am and remembering that I actually was really good friends with this guy (at least I thought so, you'll have ask him for mutuality) I agreed to said meeting.

We met this morning at one of the fine hiking areas here in Phoenix and successfully traversed the terrain of both the mountain and the years since we had seen each other. He is still cool, we got along well (and he is so witty; I like that) and will probably give the other a call should he be back here or I get back to the ol' hometown.  Made me feel good about my choice in friends as I remember him being extremely smart and a little funny.  Turns out he is not only witty, he is literally a rocket scientist!

As an aside from that, I discovered a few things about myself on the little trek...

So the point of the post (you thought there wasn't going to be one, didn't you) and the reason for the title... as we were hiking across the green fields I got the ol' deja vu (is there such a thing as the new deja vu?) and was hit with the flashback of roaming the green fields back home when I was a wee lad; when you would leave as soon as you woke up with the direction of 'be back before dark'. I do remember spending hours away from home without my parents even worrying a little bit (that I'm aware of), with no schedule of where to go or what to do and no GPS to guide you back. I panic if my kids walk out to get the mail.

So there's flashback one. The second was while I was driving around this evening with the top down (the car top, not mine. don't be creepy) and drove by a field that was being irrigated. I love the smell of alfalfa, hay, fresh dirt and those other good-smelly country smells. But not cow. You'd think I would hate the smell of hay because I bucked about 30 thousand tons of hay growing up. Not real good money in that btw.

What was I saying?  Oh yeah!  The smell reminded me of getting up in the middle of the night to move sprinkler pipes.   Again, you'd think that would be a bad thing, but it was a really good flashback.  There are probably very few of you who even know what moving sprinkler pipes means, but when I was a teenager (13-17) back in 19none-of-your-business, I would get up at 2:00 in the morning (yes, there is a 2 in the morning also) and ride my bike 4 miles away to move sprinkler pipes or open irrigation, ride back home to get back to sleep so I could show up at 7 to start bucking hay! to earn money so I could buy my own clothes for school (or whatever). I think the youth of today are missing out on a great deal by not only not having to do that, but also by not living in a time and place that even makes that a reasonably safe thing to do.

Weird place to end a story, but now I feel old and I don't like that.  And I've got pictures to post... so you'll have to finish and tell me about what you did today.