Well That Was Fast

There is a clock that hangs on the wall of my office.. it's a Hathaway & Co Timekeeper (one of a kind, just like me!) and was custom designed and built just for me (just like you!). It's quite elegant and complements the room and the furniture (you know, hey desk.. you're lookin' good!) like any wall clock should.

But I think it's broken.

Sometimes I hear the seconds tic-toc away and picture a big giant pendulum swinging across a vast amount of space... 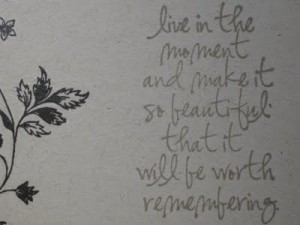 you can practically hear the swoosh as the seconds drag on and on and on. And that still happens sometimes, but mostly I want to take the batteries out of the stupid thing because it can't tell time right.

So I started pondering (really, is anybody surprised by that anymore?) why time goes by so fast sometimes and so slowly other times, and how the heck do you hold on to it? (that time-freeze button/ray-gun would really come in handy sometimes).

So I hit the ol' interwebs and talked to some science buddies of mine (that's not true, I don't have science buddies), and came up with a few different opinions on why time moves like it does. Here's what I found out.

I did find a common theme through a lot of the looking that I did, and I wanted to share that with you (cuz I want to share everything with you). What I found the most was that people think time goes by faster for adults than children. And adults look forward with dread (what? really? Remember, these are not my opinions. I'm just the messenger right now.) A very common explanation is that adults tend to do the same things over and over and over (and over, we get it)... wake up, go to work, come home, go to sleep... and they do it so much and so often that the sameness blends together. Months and years and same. So, that school of thought (I hated school. boring) is that as you get older, there are more things in your life that you dread, and that affects time.

And you might say, "but Dee, time seems to slow down for the dreadful things, but you said time moves faster as you get older and dread more. What's the deal?"

According to some, time only seems faster in the good things because you spend so much time dreading the next bad thing, and something you dread will get to you much faster than something you don't.

And I know some people who live in that world. I myself used to live the dreaded world. I used to dread the coming of Monday morning so much that I was starting to dread Sunday evening, just because it was a precursor to Monday. I look forward to Mondays now, very much. I love that 4:30 alarm, the trip to the gym and getting the week off to a 'running' start. (oh cmon.  that was funny)  I even face the day with a smile! (a smiley-face, you might say) (or you might not, whatever)

(OK. You can take the shirt off now.)

But the world is all new to the young, and I would say, the young at heart. So much to do and learn and see and take in. All that new requires all of your senses to be involved to process the truckloads of information about new events. You look forward to everything with great anticipation, because it's such a full sensory scenario. You can remember the sounds, smells, feel, probably even temperature of some of the firsts, the first times that you did or experienced something, and you remember those no matter how quickly they went by, because you were in the moment. You weren't thinking about tomorrow's schedule or where to park or how much shoes cost. (or were you?) 🙂 Because you were focused on what was going on at that very minute. Because you had That connection.

I'm not sure that I completely buy in to the idea that having things new makes things slow down. (the racer has always been fast) Recent experience has proven that just isn't the case. I've been through so many wonderful, new things lately, and time has flown by so fast. The good times race and the time between crawls. But it all seems to go much more quickly than it used to. (maybe because I like it all so much more now?) There might be something to be said about how the experience we have, our time in life, affects our perception of time more. And it's just human nature that things we enjoy will seem to go faster. It's what separates us from animals (that and text messaging).

I think that again, like most things in life, attitude, expectation and focus play a really big part. I don't have a solution for the time-warp problem, but I do think there is something we can do about the way we remember those times, and maybe make at least the memory seem brighter, and newer, and gooder. 🙂

And what is that you ask? (you did ask, right?) Well, here's what I propose we do.

Let's celebrate every first, take time to notice and enjoy every new level, every new experience, every new day, every new scenario. Let's take our time as we move through them, and give them all the attention that something as wonderful as 'new' deserves. When we have a 'first' moment, let's make sure to be fully there, noticing the sounds and the smells and the sights and the emotions and the way it feels. And let's remind each other, often, of how wonderful new, and first, and This, and any, and Us, really is. We may not be able to slow down time, but I wonder if we can make the memories of it seem like we did.

And let's get some duct tape and teach that clock a lesson!
🙂