Tell Me What You Want (What You Really Really Want)

I want a really long post title. Oh look! I got one.

I went to a pool party last night. An actual pool party with a pool full of water. (you were thinking 8 ball corner pocket, weren't you?) It was a pool party for one of the kids' school groups - so a bunch of friends and their kids. Sort of an end of the cool weather swimming party.

I was sporting the highly fashionable new swimming suit that I got from... somewhere I'm sure... for Hawaii and have not had a chance to wear yet. I kinda wish I had bought a wetsuit instead of a swimming suit, because the water could have been used to debunk the whole global warming thing. (brrr) 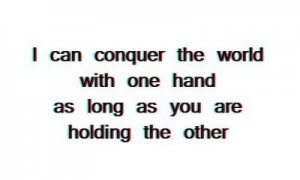 But one person did say 'holy crap Dee what happened you used to be fat'. My friends have such tact, but it did make me glad I wore the outfit, even if there wasn't a slide or a tippy-water-bucket-thing.

The night started out really well (and ended well, too. don't get all ahead of the story) with me finding out that there still are people out there who have not seen me since I got the amazing haircut (it should be on the history channel or have a memorial marker or something). So the fam piled out of the car I heard the shout across the parking lot of "I love your hair!" I'm looking around at all the people in the parking lot... gotta be a fabulous hairstyle around somewhere... it was me! (woot!)

Oh! While I've got your attention (and before you fall asleep from the gripping tales I tell), let me tell you that the previous paragraphs have nothing to do with the point of the post. Thought you should know. So keep reading - it might get better (it could, you don't know).

The highlight of the party for me was provided by an almost 2 year old (he told everybody several times that he was going to be 2). Be proud of your age, I say. Towards the end, well after dark, he came over to a group of grown-ups (almost everyone is grown up to a 2 year old) who were obviously sitting around trying to figure out how to crush the fun out of whatever the kids were doing, and started a little conversation with one of the teenage girls (who happens to be my daughter) that went something like:

and that was it. a 25 second conversation to explain where the sky comes from. I was blown away, not just by an almost 2 year-old kid carrying on a conversation like that, but by the girl's ability to simplify that answer into terms that the person asking the question could comprehend and use.

And that got me thinking. (you knew it was coming) How often do we over-complicate things? I do it all the time! You know I do - you've been witness to what you would term silliness, but I would term stupidity.

I let my own inner doubt (yes, mr ego has doubt sometimes) get the best of me from time to time. I appreciate that you ignore that part of me, or at least don't mention it. 🙂

In my job, it isn't done right unless it's complicated. (did I mention I work for the government) I have to know every minute detail of how every part of a project will be done. Well, that's part of being a project manager and keeping a task on track. But I don't think that needs to apply to life, and I certainly don't think it applies to getting what we want. ((what is that guy talking about?)) Lemme explain.

I am a big believer in the law of attraction, the law of distraction and the law of giving Dee what he wants. (you haven't heard of the last one? well, we need to talk) Lemme say right here I am not a big fan of Highway Patrol cars driving by disabled vehicles, mall security guys with nothing to do but harass people, and  loudly ticking clocks.

Anyway (bring it back, hathaway)... I have been on a run of outstandingishness for quite some time now, and have brought some truly fabulous, adorable, wonderful things into my life. like you, dear reader(s). If you've known me for any time at all, or you have read the posts (I know you have and I greatly appreciate it!), then you know that I am into the whole 'get what you ask for' mentality. It is my focus, my intention, what I want. By now you should know what I want, so I won't get into that here.

But in my pondering and wondering, and through some searching for inspiration (thank you, muse), I think I've hit on one of the secrets to actually getting what you focus your attention on, getting what it is you want. And that is to not worry so much about how it will happen. Set that intention, make sure the universe (and of course you yourself) knows what you want, and why. But don't worry about the when, or the where or the how. Probably don't have those answers anyway. Focus on what you do know. Let the universe, the the earth (let me) figure out the how.   Tell the baker that you want wheat bread, but don't worry about giving directions as to how to make it! The baker already knows how (I have a sudden craving for wheat bread). You just do the wanting and the eating. (I might need a sammich now. like now!)

Kayso let's do this. Let's make it very clear what we want.  And let's spend some time telling the universe, telling ourselves, and telling each other what that is and why. We can even spend some time imagining what we will do once we have it, how awesome it will be.  Let's enjoy the wanting, but for now let's not worry about the when, or the how; that part will happen. (I know it will)  We just have to watch for it and be ready so we don't miss it when it drives by.
🙂

Those planets will align, just ask 'em nice and show 'em some gratitude.  they like us!