So What's Stopping You?

Guess who has another gym story for you! I knew you would be so excited. (you can just pretend if you're not) I've been saving this one up for a week, just waiting for the right opportunity to share it. But it's really not that exciting, and the opportunity hasn't really come up in casual conversation, so I'm just going to get it out there.

It's a treadmill story. No, I didn't fall off the treadmill again (so stop laughing). I was actually on the elliptical machines (like cross country skiing without poles) which in my gym are directly behind the treadmills. I watched a would-be exerciser moving from machine to machine, punching buttons like crazy but never actually getting a belt moving or walking or running. Not even really get an opportunity to be thrown off the back of the thing. Well I was a little intrigued (and mostly bored and stuck on an elliptical machine. what else did I have to do?) and tried to figure out what the dealio was. Cleaning? not really. Quality Assurance? Well, not a lot of testing going on... hmmm...

Can I make a short story drag out or what?!

Then I noticed the message that was on all of the treadmills. 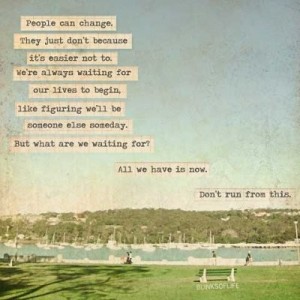 You know, in that scrolly LED part in the middle that tells you you're breathing too heavy and wants to know how old you are and how much you weigh and what specifically did you have for breakfast. The message read "Replace Emergency Stop Switch".

Evidently somebody has gone around to all the treadmills and pulled the emergency stop buttons off so they wouldn't start up. You know, the little magnetic thingies (technical jargon) that clip on to you to turn off the machine in case you were actually zipped off the back. Of course nobody wears them so they're mostly to frustrate people who can't make the machines work. This person finally caught on to what was happening and got a treadmill started. I can't tell you if they actually read the scrolly LED or if they just found a machine that didn't have the switch removed. (I would have just given up and moved on to the bikes)

So as I listened to my fabulous new playlist the thoughts started whirling around in my head like a thing that's really whirly, and I started thinking about how we do that in our own lives. (ha! caught you off guard there! no? you were expecting that? hmmm) How often do we have the emergency stop switch removed and not even realize it?! (lemme 'splain)

By now you're very much on board with me for the paths, and the intention and distraction thing because you're very much a part of it (yes, you are). And it's becoming very plain to us all that part of that is knowing that you can have whatever you want, whatever you need. You just have to make that know and let it happen. However (oh the inevitable however) it occurs to me that there are possibly a couple more things that we need to take into consideration here. And I'm going to tell you one of them (you have to wait for the other).

If we are going to use the planets, the stars, the universe, Chuck Norris, ourselves, deehathaway.com or anything else to get what we want, we have to make sure the brake isn't on. The things we want aren't going to spin up if we have pulled the emergency switch! And how are we ever going to run our lives our way if we can't even get the intention started?

The treadmill of intention is easy to operate. We just have to turn it on and let it spin.
🙂