You read that right, I was wrong. (I was surprised too!) And I'm not afraid to admit it. In fact, I'm pretty happy about it. It doesn't happen very often (well, the being wrong part doesn't anyway), but I'm willing to take the blame (or credit, depending on the situation) when it does. In fact, I'm pretty willing to take the credit for most things. 🙂

So we are back in full swing with melodrama, and I have to admit I was pretty worried at first. In fact, I'll admit I'm still a little concerned. 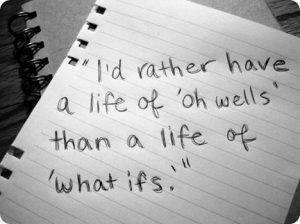 Singing, dancing, and a script where they say "I wood like to..." Really? Grammar much?

We'll save the would/wood for another time...

So when the pitch for this particular melodrama was first presented, I was to play the part of Des Berado, the... comedic sidekick and western cliche. It's a pretty decent part and I even made a trip to Mexico to get a sombrero and poncho. Okay, so I went to Mexico because I like road trips, but I did get the outfit while I was there.

The part of the Sheriff this year was to be played by the same actor who was the mayor in last year's production, but he couldn't make the schedule... so I was given the option of keeping the Des character or once again playing the sheriff. How could I possibly skip playing the sheriff again?

I passed the part of Des on to a new member of the BAG (that's Buckeye Actor's Guild, for you newbies), and I took the part of the sheriff. (is it typecasting if you always want to be the hero?)

After the first few rehearsals, I thought I might have been wrong for giving up that character. The new role has far fewer lines, and isn't really the star of the show (and you know how I like being the center of attention). I spent a couple of weeks agonizing over that decision and was pretty sure I had made the wrong choice.

The sheriff isn't on stage for very much of the play, but does have a vital role in the plot (such as it is, or isn't in this case). But by having only a couple of scenes, I've been able to fill in for a lot of other characters during practice. I've been able to play several other parts, learn new lines, play some different positions on the team if you will.

So it turns out where I was really wrong (well, where I was wrong for general purposes of this post) is in thinking that I was wrong to have given up the role of Des. It has worked out really well for several reasons. Oh hey! Why don't we list a few reasons (wouldn't that be fun and unusual? no? okay, maybe just fun then. okay, well we're gonna list anyway.)

I made a shopping trip to the costume store (to a couple of them, actually)

and found the perfect outfit for the play (a couple of them, actually). I give it a 5 out of 7, which is pretty darned outstanding (my own personal rating system). Just being able to wear the getup I found, and to see the reactions I got while just in the store(s), made it a really perfect day. Yes, it was that good!

Anyway... it turns out that being wrong is not necessarily a bad thing. Sometimes it can turn out to be pretty awesome.  And I think there's maybe a little something to be learned about life from that (snuck that one in on you didn't I?)

We can't go back and change the choices we've made.  Life is rather one-way and we don't get the chance to turn around and take a different road.  But what we can do is be very grateful we had the chance to make a choice in the first place.  We can find some joy in the journey and most of all, we can make the choices now that will lead us down a better path, lead us to our happy place.  And, if you are lucky enough to be as happy as I am where I am right now, you realize that there really have not been any wrong decisions...  Every choice we've made, every turn we've taken, every part we've played, has led us to be here now. One different choice, one right turn instead of left, and we might be in a totally different place than where we are now. And where we are right now is a pretty darn good place to be. (says me!)

So why don't you come see the play? Maybe I can get you a behind-the-scenes tour (it's been know to happen).  You can help me brush up on my lines, we can hang out stage right, maybe tour the theater, hit the green room (careful, it's dark and scary and dangerous down there).

And maybe, just maybe, if things go my way, I can be wrong again. That was awesome. And so are you!!