OK. Cut me a little slack here. I spent all day trying to work my Daytona (the race car) in with "I see dead people". (Hey, wow. that seems a little creepy. Weird post already, huh?)

Have you seen the movie "the sixth sense"? If you haven't you should. No spoiler aleart here, but the kid in the movie sees dead people. (it was in the commercials; get a TV!) Now let me jump across a few thought patterns... 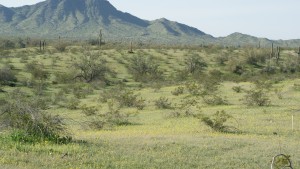 Did I not see you today? I could swear that I did.  But then I see you everywhere.  And that got me thinking about red cars. Or white cars. whatever.

And while I was thinking, I came to a couple of conclusions:

And then I started wondering (be afraid)... what would happen if you could bundle that cuteness and combine a penguin and a dachsy? I do believe the answers are:

I did that all by myself.  (I told you to be afraid)

So the dead people thing... he sees them because he know what to look for. Now on to the real story!

I was talking with one of the cast from the melodrama (no I won't stop talking about it) about how sad it was to have the show over and that we wouldn't see each other for another year. I mentioned that it's a small Town and that we were bound to see each other IRL. Well, said melodramatic individual didn't buy into it and told me that we didn't run into each other in the past, why would we now? For one, I thought that said person did not even know that I was in the show last year (or years past) as I was not actually IN the show and more importantly - B, there was never really any reason to notice if we had run into each other before (as I said, I was not actually IN the show). What am I talking about? Lemme explain. No, it's too much. Lemme sum up. (obscure Princess Bride reference)

When I finally decided on what car to buy (that would be the red racer), I started seeing red Chargers/Daytonas everywhere. You know why? Because that's what I was focused on; that's where my head/heart (and certainly pocketbook) was paying attention. So you have a reason to focus on the Charger, you start seeing the Charger. The same thing applies whether you are looking for cars or names or people or poodles. And you know what? Pretty sure I've seen said person and a few others already (I.am.a.stalker) So there, melodrama cast... we'll be seeing a lot more of us, like it or not!  Wave next time or run me off the road or something!