Do You Believe In Magic

I was at the gym today (shocking, isn't it) running on the treadmill and saw something that had me shaking my head in disbelief. Now I know what you're thinking (so stop thinking that and pay attention), and no, it wasn't the 80s outfit that sometimes shows up. And it wasn't creepy stalker guy (although that does make me shake my head in disbelief). You know what it was?

Well, first let me say that I love going to the gym on Sunday morning. The place is pretty much empty, which is just how I like it. Of course, none of the entertaining people are there on Sunday, but I never have to wait for equipment. And I don't have to wait when I go in at 5 am either... hmmm. I have this gym thing down better than I realized.

Anyway, I generally wear the headphones and listen to my own soundtrack when I work out, because the Hathaway soundtrack just rocks, and the gym's music... well... not so much. 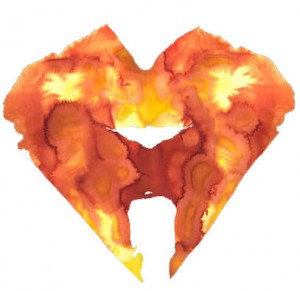 The best thing in life is finding someone who knows all your mistakes and weaknesses, and still thinks you're completely amazing

And I almost never watch the TVs in there... far too much bad news for this happy Dee to have to deal with first thing in the morning.  I'm much more of a "start your day with a smile" kind of guy.  But today there was something very unusual on the screens. The TV was set to ESPN (which is not the disbelieving part) and that makes good sense. You know... sports... gym. It's what was on ESPN that I found so funny... a hot dog eating contest. I'm pretty sure the dude 2 treadmills down was drooling.

And yes, I just spent 3 paragraphs telling you what was on TV. Deal with it. 🙂

So I know I haven't posted in a while, and I'm just going to stop saying that (cuz you already know) and also stop pretending that I really care about the frequency of posts anymore. Like all good things (yes, these posts are good. no, really) they happen as they should, and when they are needed. And I need to post one today, so you have something to read and take with you as you travel off on your big holiday adventures. (you are having big holiday adventures, aren't you? yes? take me with you!!)

Anyway, on to the actual post. ((holy crap, half a page in and he hasn't even started with the post yet))

While I was at the gym, doing the stretches that I do after killing my legs, I noticed a couple of things. First was that the lighting and mirrors in that gym are brutal! I prefer the dim lighting and soft reflection of my home mirror to the bright light and industrial truth -in-reflection mirrors at the gym. the second thing was how much the sweat on my shirt (eww) reminded me of a Rorschach test. You know, where you look at the ink spots on a piece of paper and a doctor judges you based on what you pretend to see. And the thing about those ink blots is that different people see different things.

And that got me thinking (I really gotta get a new writing routine... maybe for my birthday. nah. I already know what I want) about how we do that all the time. How different people can see the same thing so differently, and other people can see it exactly the same.

Let's take the race car for example. It's quite possibly one of the best looking cars around (you love it, you know you do). But there are people who think that a blue Charger would be better. Or that having those little fancy black stripes down the rear quarter-panel make the charger sexier. 🙂

(but almost everyone likes the red. let's get that straight right now). I suppose the only thing that would make the car more memorable is if it were the batmobile. What is it with bats, anyway?

Oh! and I have another example (wow, two stories in a post... maybe I already have a new writing routine) I was watching a magic act on TV a couple of days ago and there was a really, really cool magic trick on. I was blown away. And I am not easily impressed. (oh, look! a banana!) I called my peeps into the room and said "you have got to see this!" As the trick was performed on TV, peep number one was equally blown away, wide-eyed and slack-jawed amazed and impressed. Peep number two was (say it with me) not impressed. In fact, the questions were "how did they do that?!" and "is that it? can I go now?". You figure out who was whom.

I like to think that the fact that you have read this far, and have hung in with me through all this time and all these posts means that you are a believer. That you can see the magic in what most people would think of as everyday, as ordinary, as average. And I know you recognize magic when you see It, when you feel It. Let's always look for the magic in every moment, because It's there. Let's remind each other (again and again) how lucky we are to have found things in this life that make us say "holy crap", because a lot of people never get that. Let's share our own magic with those we love the most, and revel in the things that make us smile, that give us butterflies and that make us trembly.