Do As I Say

Okay, you know I'm just kidding, right? But believe it or not the title of the post does have something to do with the content of the post... I hope you've seen that pattern in the previous posts. If not just let me know. and I'll block your IP address from accessing my site. (you know I love it when you visit the site)

Yesterday I attended the Arizona Digital Government Summit in Phoenix. Well I attended some of it. I got called back to work twice. But I'm not bitter. (much) Anyway, I did make it there in time for the free lunch, which is the really important part of any government function. 🙂

Before lunch I attended a break-out session (which does not, despite the name, have anything to do with acne) which talked about the road-map for Microsoft services and cloud computing. (hey! wake up!) 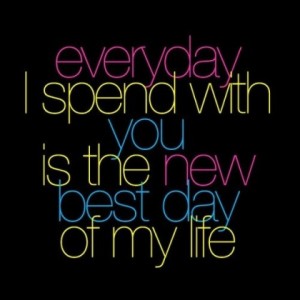 As I looked around the room, searching desperately and without success for a chair, I noticed a lot of geeky toys that I didn't have. Yet. Anywhey....

Part of the presentation at lunch (along with the entertainment of watching people search desperately for an empty chair by someone who won't want to talk to them) was a speech on morale given by Gopal K. Kapur. Outstanding speaker; very funny, very informative. I highly recommend you book him for your next IT summit. Or birthday party. Or whatever.

Mr. Kapur spoke quite a bit about project management, and one of the topics that really spoke to me (and therefore gets written to you) was about Intelligent Disobedience. I thought he was talking about me at first, cuz we all know I'm intelligent (stop rolling your eyes like that) and I'm not really into the whole 'rules' thing right now. But more about that (and me) later. Lemme 'splain about Intelligent Disobedience (ID).

Although it is often used (thanks to the aforementioned speaker) in Project Management, it actually started as a term used when training seeing-eye dogs. If you've noticed, at a lot of crosswalks there is a chirping sound when the 'walk' signal is illuminated to indicate to the visually impaired that it is safe to cross. If the dog (and the person, of course) are at a crosswalk, for example, and the 'walk' signal is chirping, the dog should see that the path is clear and move forward. Doesn't always happen, though, so the handler/owner/dude with the dog (let's call him Doug) can give the leash a little tug to indicate that they should get movin'. Sort of like little doggie spurs (go read the boots post. you know you like it).

If the dog can see that it isn't a good time to move, that's where the Intelligent Disobedience comes in. The dog will not move (thus protecting Doug from becoming Mack-truck lube). So Doug can get impatient and give a bigger tug, after which the dog will bite Doug squarely in the crotch. (not really, just seeing of you're paying attention) But the dog might move forward just a little more, enough to indicate to Doug that the dog is awake and alive and knows more about what is going on than Doug does. (c'mon Doug, wake up) And then if Doug just keeps walking anyway, the dog can call the ambulance.

I thought that was pretty cool. Not just that dogs are so freakin' smart, but the whole disobedience for the sake of doing the right thing. So I started thinking (I do that sometimes) about how that applies to our everyday lives, and, in particular, you and me in our daily encounters and activities. I will skip the obvious applications of project management and everyday safety issues and just take it to the point of living our lives and fulfilling our potential.

I'm not saying that we need to disregard all the rules and run naked through the streets (well, not every day). I'm not saying that we need to be difficult, and I'm definitely not saying that we should do whatever the heck we want regardless of how it affects the safety of those around us. ((so what are you saying Mr Hathaway?)) What I am saying is that it means we should be true to ourselves and those around us. It means we should take a good hard look at the rules, especially the ones we impose on ourselves, and figure out if they are really hurting us or harming us. If they are necessary and make life easier or if they are just a burden and preventing our own happiness and the fulfillment of what we really want to do and be.

What I'm saying (no, I won't stop saying things) is that next time we find ourselves saying "ugh" about something, let's just stop. If it's not a good time to move, don't move. Just take a minute to think about why we are doing whatever it is that obviously throws off our groove. If it's a rule that we have put on ourselves, why would we do that? Reevaluate those stupid rules, practice a little intelligent disobedience and do what is right, what is good for us. (you are good for me) Life is too short to live by stupid rules. Live by the good ones, like keep being awesome and park with your license plate to the wall and always read Dee's blog. Those are intelligent rules (no disobedience required). Those are the gooder rules.
🙂