Our ability to relate senses to emotions is simply fascinating; for example (and a temporary sidetrack of the original intent of this post), the smell of  band-aids takes me back to 8 years old and an after-school program I was in.  Seeing Mountain Dew in a glass bottle takes me back to my teens and sneaking out of my bedroom at night to commandeer a Dew from my Dad's supply in his office (sorry, dad; hope that's not news to you).  Dobermans remind me of the time I got my butt bitten by a friend's dog (that one probably should have been left out).  Moving on! 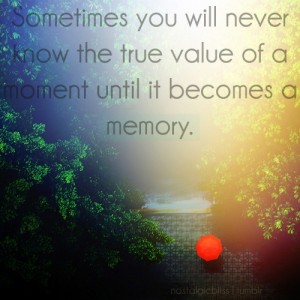 Have you ever heard a song that instantly takes you over?  I mean you are driving down the road, just fine with the way the world is, thinking you are in control of you and a song comes on the radio that just wrecks you? Makes you laugh out loud at the ridiculous way you're suddenly feeling?  I think that is one of the most fantastic things in the world!  I believe it's one of the most powerful parts of our connection with each other.

In case you haven't read any part of my blog (and I'm pretty sure you have, ummmm you're here now...), I have been finding a Choi song for pretty much every emotion coursing through my fairly recently improved circulatory system.  It's quite disturbing.  🙂  Here's how my days have gone lately:

Official kudos to the very talented David Choi - I bought the album & highly recommend it.

I've been doing this for about 3 weeks now and I think have finally figured out why.  You may know I have posted before that music is what feelings sound like.  No?  Well it was a twitter thing, not a post, so I'll let that slide. (but you could follow me on twitter too!)  You may also know that I have been, in years past, very involved in music (although I don't know how you would know that).  Well apparently I am again.  I have a very strong music-emotion association and will in fact avoid music for extended periods of time or deeply submerge myself in it, depending on my circumstances.  That's a new revelation to me.

Before I continue with why I've been so obsessed lately, I would like to share with you some of the major musical influences in my life, just as an educational piece before the point of of the post (cuz you know there's will be one eventually); let's us go back in time and review, shall we?  (don't be scared, I've got you)

I have some very fantastic happenings in my life right now and have discovered this music at about the same time.  I'm pretty sure I've spent the last few weeks cramming those songs and whatever this new distraction is into every tiny piece of me that I can, so when I look back or hear one of these songs, it can all come flooding back and completely take me over.

I like that.  And I'm very happy to have you along.