At 3 years old, my daughter would say that when I couldn't understand what she wanted. She attended a preschool that had a very Hispanic influence (south PHX, yo), so she naturally picked up the accent (she lost it later and picked up mine... poor thing).  Sometimes I would make her say stuff just because the accent was so funny.  I'm such a good Dad. 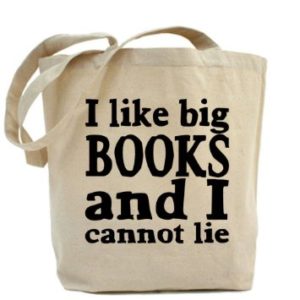 I like good writing and plays and movies and songs and poems and blogs (especially this one) and words.

Some people (okay, one person) has suggested that I take all this writing talent that is wasted on this blog (hey... that's not nice!) and write a book. Makes sense to me; I'd love to be an author. I mean, authors write stuff, right? And what is a blog but a bunch of writing? Hey, I'm an author already!

In my quest for knowledge on what it takes to actually write down all these stories in my head and publish something that isn't a blog, I've joined a plethora (my first snooty-author word) of websites and Facebook pages and am checking out what other people are doing. There are some simply a.maz.ing writers out there! But that's not what I'm here to write about today.
(oh sure... half a page in and we haven't even started to get to the point)

What I'm here to write about today is the plethora (there it is again!) of writers who pepper their writing with profanity.  I am astounded by the number of sites I have clicked to and then immediately clicked away from because the writer has dropped an f-bomb where an adjective, noun, pronoun, verb... heck pick any part of the sentence!  And it knows no boundaries; I see it on personal sites, group sites, news sites, Facebook, etc. as if the uneducated few are trying to impress their audience by showing they have a grasp on the conversation of "real" people.  Trust me folks, this is not how the majority of people talk.

this is not what they meant by "use cursive writing"

I fully believe in and support someone's right to use whatever type of language they want, but I will not stick around when they throw expletives into a conversation and I'll certainly click away when I see it on the internet.  (if you're the type of person that won't put up with people who won't put up with a person using bad language, then... wait what was I saying?)

Excessive use of profanity is a sure sign of a limited vocabulary.

I'm not a total prude; I believe there is an appropriate time and place for profanity.  Like when you've hit your thumb with a hammer or stubbed your toe on the doorway when you're headed out to the patio to take your wife an iced-tea (not that it's ever happened to me).  But it should not be used as a replacement for "real" words and certainly not peppered literally throughout every moment of your conversation/presentation.  Learn to say what you mean!

There are a few reasons why I don't like such abuse of the English language, but at the top of the list is that it's lazy.  Dropping 4-letter (or 5 or 7, whatever your preferred swears might be) words into writing or speech detracts from what is being said.  Let's run through a couple of examples.  We'll substitute GOSH for your favorite 4-letter word.

I don't even want to talk about somebody wanting to get their GOSHING GOSH together.  I'm not even sure that's legal!

My point is, there is no meaning behind those words and therefore they don't express anything!  They represent anger and an intentional need to offend and shock. Why not use something descriptive that actually shows you know what you really mean!  (BTW... I feel almost the same about overusing the word "very".  It was very hot.  Really?  How much above hot is very hot?)  So let me put in a good word for good words.

See how much better that is?  If I can do it, anyone can.

Come on, we authors/writers are better than this.

We Americans are better than this.

We people are better than this.

And I certainly want the next generation to be better than this.

Call me old fashioned.  Call me crazy.  Call me Dee Hathaway.  Call me anyGOSHINGthing you GOSHING want, but leave the GOSHING bad language the GOSH out of it when you do.  (see, I can do it too, I just choose not to!)

So, dear reader(s), if you're still her after that rant, here's my promise to you.  Dee Hathaway will always be a family-friendly place.  You won't find anything offensive here on these pages except my opinion.  I'll keep the potty talk in the potty and the bedroom talk in the bedroom.  (but I'll occasionally use kitchen talk in the living room).  🙂